From the Book of Acts we are told, “...and your young men shall see visions; and your old men shall dream dreams.” The dream began many years ago in a small, far off land that provided the beacon for hope and inspiration to mankind from early history. In the late 1800’s, life in Greece was full, meaningful, but also difficult -- and the young men there dreamed the dreams of hope, prosperity and opportunity. Many stories had filtered back into tiny Greece telling of a rich “promise land” for everyone.

From different parts of Greece, these young men began their pursuit of this dream. Despite great hardships facing them, and the fear of challenging this unknown far away land, with courage received from God... and their families, the began their quest. Among these young dreamers were George Konduros and Sotiros Maurogeanis. They settled into a small community in the foothills of beautiful mountains with the dream of finding prosperity.

It was in 1894 that these two men became the first permanent Greek residents in Greenville. They were followed by more aspiring immigrants seeking their destiny. By 1931 there were enough Greeks in the area who wanted to sustain their religion and language they applied for a state Charter to form a church.

In 1936, the Greek community bought a house on Decamp Street and converted it for use as their new Greek church and Fellowship Hall. Father Michael Mekouris was brought here as a permanent Priest on September 14, 1936 to serve the community. A Greek ladies circle was organized by Eugenia Manos. Jimmy Petropoulos was the first President of the Greenville AHEPA men’s organization. Many members established business that were successful. Jimmy Petropoulos had the savory restaurant on Washington and Main street. George Paouris owned the People Bakery on Buncombe Street. There was Pete’s Restaurants and many others.

In 1942 a new church that would seat 260 people was built. Under the leadership of Father Pouleropoulos the church was designed by Mr. Cunningham and materials were purchased from the McKinney & Blueridge Lumber company. Due to the scarcity of steel during the Second World war, the church was built entirely of wood. It cost $28,500. The first liturgy was celebrated on Christmas that year.

Archbishop Athenagoros visited the community with Bishop Nyssis and helped chose the site for the new church. The first baby to be baptized in the church was Louis Manios. The area around the church was home to many Greek families. They would be seen taking afternoon strolls with their families.

In the fifties Greek businesses thrived -- Charlie’s Steakhouse, Open Hearth where Mike Melehes prepared his famous shiskabobs. There were the Carolina, Palmetto and Clock Drive-Ins, forerunners to the modern day franchises such as McDonalds, and Hardees. Today, many of our members carry on this kind of service to the greater Greenville community.

Saint George community is a growing community. The Hellenic center was built in the early 1980's providing new facilities for a growing Sunday school and Greek School and a place for the Bake sales and other fundraising events. Our first Greek Festival was held in 1986. Construction began in August 1993 for the current Cathedral building. It was completed in late fall 1995 and the first Divine Litugy was celebrated on December 10, 1995. 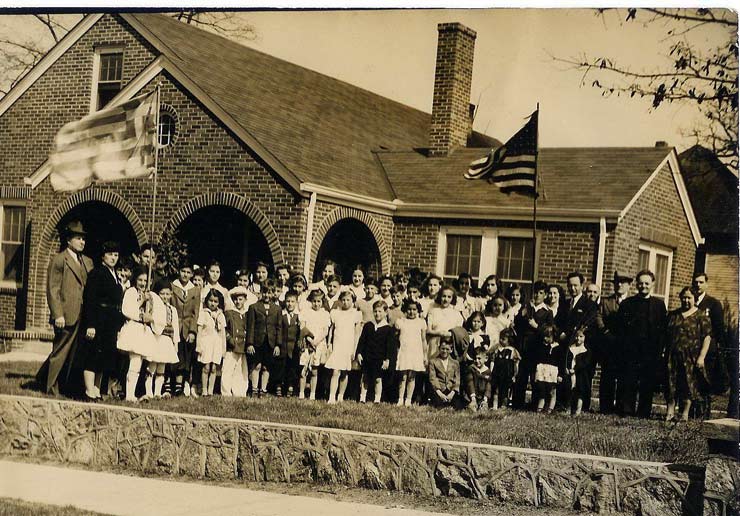 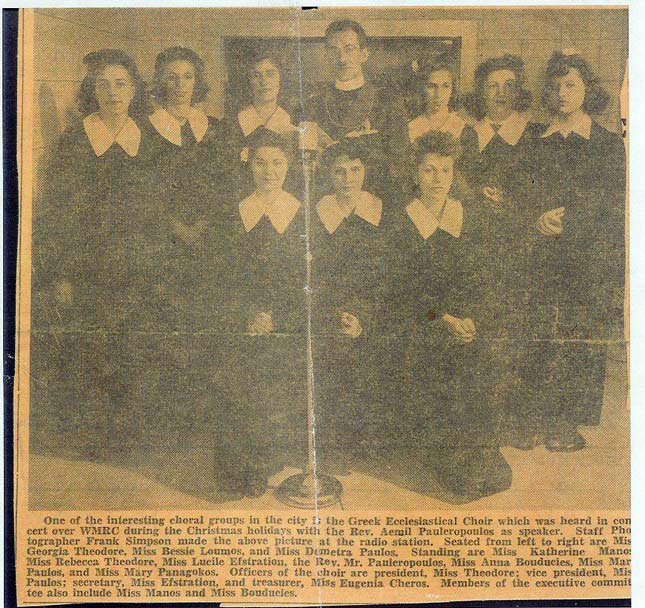