The prayer rope, known in Greek as a κομποσκίνι (komboskini), has long been a powerful weapon for the Orthodox Christian. It has a very simple design, but is filled with meaning.

The rope typically comes in one of three lengths, 33 knots, 50 knots, or 100 knots, though there are some in use which are as long as 500 knots. The 33 knots of the shorter rope symbolize the 33 years Christ spent on earth.

It is used in conjunction with the Prayer of the Heart. On each knot is said, "Lord Jesus Christ, Son of God, have mercy on me, a sinner." This prayer is occasionally shortened to, "Lord Jesus Christ, have mercy on me," and other prayers are sometimes said, such as, "God be merciful to me a sinner." Prostrations can also be made with each prayer or after a certain number of prayers.

In the short work below it is our hope to teach how one can make their own komboskini, and to inspire its use through quotes from the holy saints and other various sources so as to make the modern English-speaking world aware of this ancient and powerful devotion. 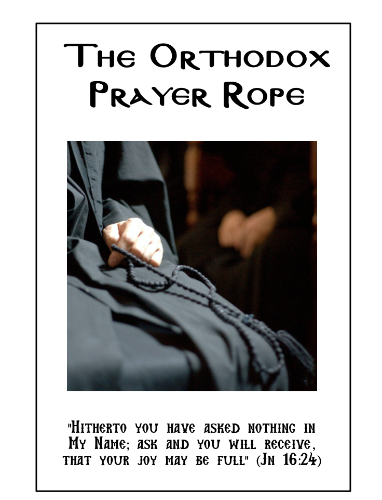